Towards a political solution to the conflict in Yemen

We are watching developments in Yemen with great concern. For the past two months an Arab coalition led by Saudi Arabia has been carrying out air strikes against strategic positions of the Houthi rebels.

Serious armed conflicts between various Yemeni factions are raging simultaneously in different parts of the country. The conflict is resulting in an increasing number of civilian causalities.

Yemen’s air and sea ports have been blockaded since the air strikes began. The country is cut off from humanitarian aid and the Yemeni population is suffering from a shortage of water, food, medicaments, and fuel. Throughout much of the country, the infrastructure has broken down completely.

The sustained military intervention is jeopardising any chance of a peaceful resolution of the conflict. This military intervention has transformed a local Yemeni power struggle into a war with international dimensions giving rise to fears of a long-term destabilisation throughout the entire region. The ongoing combat operations threaten to destroy social cohesion in Yemen, posing the risk that the country could fracture along sectarian, territorial, and regional lines. 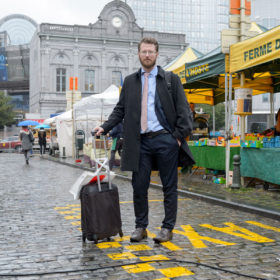