Rabat Resolution – Social Justice and Equal Opportunities for All

The huge disparity in income and wealth as we experience it today is an urgent problem if justice is to be achieved within and among countries. Meanwhile, this growing inequality far exceeds what the majority of people in many societies commonly consider to be fair and in relation to performance.

1. Social justice instead of rising inequality

The political upheavals that have taken place in the Arab world since the end of 2010 are closely connected with the hope for an economic upswing, the creation of jobs and greater social justice. The depressing social and economic situation of large parts of the population in the Arab world was, along with the determination to overcome outdated, autocratic and undemocratic structures, an important stimulus for the protest movements in many countries. The demonstrators expressed all this in their call for “bread and dignity”. In many countries of the Middle East and North Africa new possibilities of political participation emerged for groups of society which were marginalized before. Especially young people and amongst them many women have taken on leading roles as initiators and organisers of civilian and political commitment.

Nevertheless, the politics in most of the Maghreb and Mashreq countries are still based on a more or less neoliberal economic and development model. Slow economic growth despite a rapidly growing population, strong dependence on oil and gas and low productivity due to a low level of industrialisation are characteristic for the region and go hand in hand with high unemployment and low wages. Not only in this region this same neoliberal model often goes hand in hand with traditional society structures which have a negative effect on the position of women in these societies.

Such dramatic social inequality has a negative effect on development in these countries, both in social, political and economic terms. Currently, the social security systems in many countries are inadequate and require urgent reform, and the proportion of people in formal employment is dropping. At the same time, the informal employment sector, which offers no form of protection or welfare provisions, is increasing drastically. Since women are over-represented in lower paying jobs and in the informal sector they are the most affected by this situation. Hopes of social advancement through education remain unfulfilled in many places, as is demonstrated by the high rate of unemployment among academics, since the job markets in this region still offer very few opportunities for well-educated young people. The countries have not yet been able to stop the brain drain that has been going on for decades. Young people have hardly any perspectives in their own country.

Up to now, this difficult social and economic situation has changed very little since the upheavals started. Governments have found no other answers to the urgent need for reform than the vague hope that neoliberal economic policies will induce a trickle-down effect, which unfortunately has not been the case up to now. It is time we frame our economies that promote bottom up, inclusive growth, not top down.

In the meantime, progressive elements, social democrats and socialists are not the only groups who are warning about the negative consequences of deepening social inequality. Recently, Christine Lagarde, head of the International Monetary Fund, warned that “rising inequality can damage economic growth and social ties, and may also cause political instability”. The authors of the 2014 Global Risks Report published by the World Economic Forum in Davos consider the increasing gap between rich and poor to be the greatest potential threat to the global economy. Of all possible risks, the report considers increasing income disparity to be the factor that is most likely to cause “serious damage” on a global scale in the coming decade.

In the past 25 to 30 years, income and wealth distribution has radically changed on a worldwide scale due to the growing spread of neo-liberalism since the 1980’s, the accompanying deregulation of the financial markets, the end of system competition following disintegration of the East Block, and accelerated globalisation of the product, financial and labour markets.

Measured against the average per-capita GNP, income disparities between the rich and the poor countries increased greatly between 1980 and 2000. In the past few years, thanks to the high growth rate in emerging and developing countries, differences in income have decreased slightly – initially only in relative terms and, since 2007, in absolute terms as well. As opposed to this, income disparities have increased greatly within most countries and continue to do so.

A lot of countries, especially in Asia, are catching up on the ‘traditional’ industrial countries. But here, too, it is the elite, the top 10 percent, and to some degree also a newly-emerging middle class who are gaining from this development. People in the lower 40 percent of the income scale reap very little benefit. Global inequality, which is a combination of inequality between states and inequality within the individual countries, therefore continues to deepen. It is estimated that the richest 20 % of the world’s population earns 50 times more than the poorest 20 %.

First of all, functional income distribution between wages and profits, between earned income and capital gains has shifted on a global scale in favour of profits. The results are a progressive concentration of wealth and a shrinking middle class.

At the same time, the spread of earned incomes has increased dramatically in some sectors, especially when it comes to salaries at management level. Meanwhile, economic growth and the material wealth of the vast majority of the population have undergone separate developments in many countries. For example, in the present-day USA, 95 % of all rises in income since 2009 can be attributed to the richest one percent of the population. In other countries, too, there are tendencies similar to those in America, i.e. the gains from growth concentrate on a small class of rich and mega-rich individuals.

Thirdly, in some states, the correction of personal income distribution by means of taxation and social transfer policies has lessened. In many states, the concept of progressive taxation has been weakened considerably in the past decades. In global terms, between 1990 and 2012, the disparity in disposable income increased in a total of 65 of the 130 countries for which appropriate data are available. Although this is only half of the countries examined, the respective states represent two thirds of the world’s population.

Wherever personal income distribution has improved, this can be largely traced back to three factors: expansion and improvement in the quality of secondary school education and active state-controlled minimum wage policies which, together, have led to a drop in the inequality of earned income, and new government transfer programmes to benefit the poor and which have improved personal income distribution at the lower end of the income scale.

In the course of globalisation, a lot of tax evasion and tax fraud opportunities were created by introducing transfer prices within transnational concerns, by the liberalised movement of capital and by toleration of tax havens. Nowadays, a considerable proportion of rich people’s wealth is stowed away in so-called tax havens. It is estimated that approximately 18.5 billion of untaxed US dollars are held offshore.

3. Policies to achieve social justice and equal opportunities for all

4. Social justice and equal opportunities for all

The huge disparity in income and wealth as we experience it today is an urgent problem if justice is to be achieved within and among countries. Meanwhile, this growing inequality far exceeds what the majority of people in many societies commonly consider to be fair and in relation to performance. The level that unequal distribution is allowed to achieve while remaining socially accepted varies from one country to another. One thing is certain, modern society is still miles away from the convictions of the philosopher Plato, who already argued in ancient times that the income of the richest should be not more than four times that of the poorest.

We advocate and support policies of social justice and equal opportunities for all.

Rabat Resolution: Social Justice and Equal Opportunities for All
Download 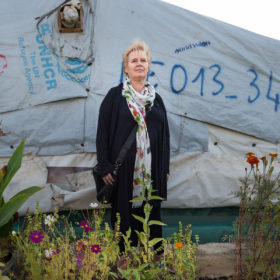