As members of a progressive political party, as social democrats and socialists, our leading values and principles are freedom, justice and solidarity. 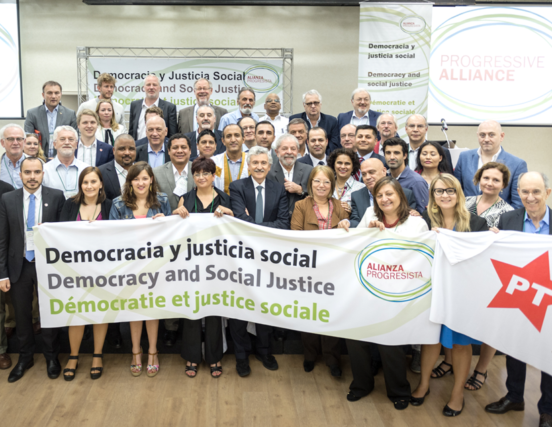 Therefore, our concept of democracy is not neutral but a social democracy:

Democracy needs democrats: democracy is work in progress. And people have to learn how they themselves can contribute and get engaged.

More and more political decisions are no longer being taken by elected representatives of the people, but are being enforced by the markets that have no democratic legitimacy. One reaction to this is the so-called “market-compliant democracy”, which no longer tries to evaluate or process the results of market-driven economic processes from a political aspect and to correct them, if necessary, but aligns community affairs to the needs of the markets.

As progressive politicians, social democrats and socialists, we have made serious attempts to reinforce the people’s power over the past few years and to reinforce its position against the superior strength of the markets. One aspect on which we still have to work more intensively is the creation of institutions and forms of participation. What we need is widespread participation and quick decision-making. This may seem like an attempt to square the circle, and innovative ideas are urgently needed. Surprisingly, a number of such innovations can be found in emerging economies and the developing countries: public audits, participatory budgets etc. In order to establish a sustainable social democracy, democratic institutions have to be created exactly there where democracy can be experienced first-hand. These institutions must be rooted in the everyday lives of the population and progressive, social democratic and socialist forces must be present and have an influence in these social environments.

Our progressive, social democratic and socialist political forces have an obligation to promote mechanisms for transparency and accountability with citizen participation, as well as to provide legal instruments which allow them to report cases of corruption or influence peddling by public servants. We must not allow corruption, diversion of public resources or non-compliance with the laws in our countries.

In the past few years, the question of social justice and democracy has been moved to a totally different platform: namely to the streets and public squares of this world. The protests in Tunis and Cairo, in Madrid, New York and Istanbul, however different they may have been, all expressed discontent with present-day society, manifested anger about social injustice and made clear that alternative channels of articulation are blocked. The protests combined two topics: the social question, including criticism of social evils, too-high cost-of-living, lack of prospects due to unemployment, precarious jobs and ailing education systems, and criticism of increasingly authoritarian government approaches, whether in the form of corrupt “modernisation” regimes or – with a view to the Eurozone – of crisis management in Europe that largely took place without any sort of democratic control. Political protest has again become an expression of life; political involvement is increasingly turning into an existential issue.