Progressive Alliance Condemns the Daily Killings in the Philippines

© Texugo at wts wikivoyage (Own work), via Wikimedia Commons

We are outraged that the Duterte administration has reached a new level of murderous impunity with the killings of 32 suspected drug pushers in Philippine Bulacan province alone, in a span of 9 hours yesterday and 22 in a few hours today.

It was not enough for President Duterte to embolden the police to summarily execute suspects without presumption of innocence; he now endorses state-sanctioned killings of the poor and helpless, and rewards the perversion of the Philippine justice system with words of praise.

In a single speech, President Duterte managed to publicly laud the uniformed personnel behind the so-called “one-time big-time” operations, and threaten to shoot human rights activists, who would “obstruct” his perverted idea of justice.

These words were in stark contrast to his previous admission that the Philippines cannot totally eradicate illegal drugs given how more advanced countries such as the United States of America failed to do so from a purely law enforcement point of view. And the contrast is just as stark when poor suspects are almost immediately shot while high-profile persons of interests enjoy the benefit of probes and prosecution, if not premature pardon.

We also recognize that when progressive parties and human righs organizations would expose such contrast, they would face the threat of being at the receiving end of a gun’s barrel themselves. Inspire courage among killers and strike fear into the hearts of all those who resist–this is President Duterte’s playbook.

We call on the rest of the international community to continue to pressure the Duterte government to end the killings in the country. The Progressive Alliance membership across the world stands with human rights defenders and in solidarity with those who relentlessly fight against excesses by the Duterte administration against the people especially the poor.

In an effort to win a war with no end in sight, President Duterte has betrayed the Philippine people, who now stand to lose. One can never find success in one-time big-time operations that are one-time big-time killings, simply put. 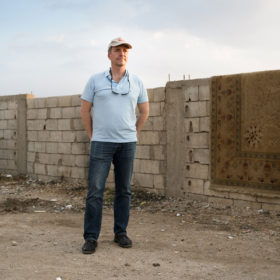