The Progressive Alliance meeting in Nepal on 29 th June 2018, held discussions on the recent development of the peace process in the Middle East, – Recalling its previous Statements of the Steering committee on December7, 2017 on the decision of the US President Trump to recognise Jerusalem as the capital of Israel, and the statement released on May 2, 2018 calling Israel to abide by its international obligations
Any future deal for the Istaeli-Palestinian conflict has to be in accordance with the right of the Palestinian people to self-determination, including the right to their independent State of Palestine based on the June 1967 borders with East Jerusalem as its capital, guaranteeing security for Israel and Palestine, and reaffirms its commitment, in accordance with international law, to bringing a complete end to the Israeli occupation of the Palestinian state that started in 1967 in order to achieve the two- state solution, as two sovereign and democratic states for all their citizens and a just and agreed upon by both sides solution to the issue of Palestinian refugees on the basis of the UN resolution 194.
We encourage the international community to meet its responsibility to bring an end to the occupation of the Palestinian State, to lead to a two state solution and a peace agreement between both sides.
The Progressive Alliance members reaffirm their commitment to:
Support the immediate unconditional recognition of the State of Palestine based on the borders of the 4th of June 1967 with East Jerusalem as its capital; 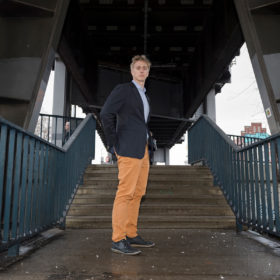