Convention of the Progressive Alliance : A Progressive Agenda for the Future of Work, Sustainability and Solidarity

All parties and associated organisations of the Progressive Alliance are entitled to send delegates to the Steering Committee.

In this meeting the Steering Committee elects the 40 member parties of the Board.

The Steering Committee prepares the convention, discusses resolutions and the upcoming activities of the Progressive Alliance.

The new elected Board convenes in this first meeting to discusses and sets the political guidelines, takes decisions, inter alia, on membership and further organisation policy issues as well as to elect the Coordinator and appoint the Auditor.

Leaders of parties that have no representative on the Board are invited to participate in the meeting without voting rights.

Chaired by Stefan Löfven, Chairman of the Social Democratic Party of Sweden (SAP) and Prime Minister of Sweden

Stefan Löfven, Chairman of the Social Democratic Party of Sweden (SAP) and Prime Minister of Sweden

Stefan Löfven, Chairman of the Social Democratic Party of Sweden (SAP) and Prime Minister of Sweden

Alvaro Elizalde, Senator and President of the Socialist Party of Chile (PSCh)

Iratxe Garcia, President of the Group of Socialists and Democrats in the European Parliament (S&D)

Lim Guan Eng, Secretary-General of the Democratic Action Party (DAP) and Minister of Finance of Malaysia

Sergei Stanishev, President of the Party of European Socialists (PES)

Please find the program for Saturday in a separate document. 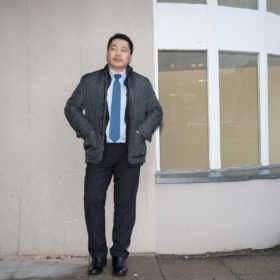