It is a historic victory! With Gustavo Petro, who prevailed in the second round of voting, Colombia will have a left-wing president for the first time. 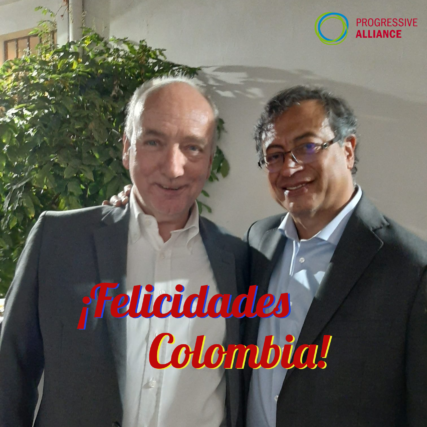 Colombia has voted. With 50.4 percent and 11.2 million votes, Gustavo Petro wins the second round of voting ahead of his corrupt challenger Hernandez, who received 10.5 million votes, the equivalent of 47.3 percent. Voter turnout was 58 percent. Both Hernandez and former President Uribe, the gray eminence of the Colombian right, immediately acknowledged the result.

Of course, there were repeated fears of electoral manipulation in the run-up to the second round of voting, since the composition of the electoral commission had not changed between rounds. Petro made an impressive run to catch up. In the first round, he received 8.5 million votes, compared with 11.5 million for his two main opponents, Hernández and Gutiérrez. That same evening, Petro, together with his vice president Francia Marquéz, promised to mobilize women and young people in particular.

To many, this statement, which radiated confidence, seemed rather optimistic, but the result makes it clear that this really succeeded, that especially women and young people went to the polls and cast their vote for change (Cambio).

For peace, social and environmental justice

“Ganó Columbia” – “Colombia has won,” Petro said on election night. Now it is about a real change, it is a matter of translating the desire for change into concrete policies and to rely on the trust capital of his voters and not to disappoint them. The change is not about settling old scores or even revenge, which is fed by hatred and contempt of the political opponents. There is only one Colombia and this Colombia needs a government of love that creates trust in the future, a community for life.

At the heart of the new Petro/Hernandez government are three central issues: Peace, social justice and environmental justice. Peace, he said, could only come about through dialogue, which should take place at the regional level in order to do justice to the country’s regional characteristics. This would not be possible without forgiveness. As one of his first measures, he announced that the more than 200 accused youths who had participated in the social movements would be released and the charges dropped.

Victory of the social movements

He said the new government wants to continue to develop capitalism, sustainable, productive, respecting the environment, and overcoming feudalism and slavery. He sees the future above all in the development of new technologies and investment in education. Only by sustainably increasing productivity in agriculture, industry, tourism and the knowledge society, he says, is change and a more equitable redistribution possible. He wants to make Colombia a leading world power in the fight against climate change. This, he says, will also require talks with the largest regional emitter of greenhouse gases, the United States. His ambition is to contribute to the growing together of Latin America with all its roots and ethnic components: Latin, indigenous, African and multicolored.

The new government’s program can only be achieved in freedom, he said. “Viva la Libertad” – “Long live freedom.” The election of Petro and Marquez is a watershed moment in this country marked by violence and screaming inequality, where 40 percent of the people live in poverty, that radiates out to the continent. After Boric in Chile, now another progressive government not provided by the old anti-imperialist Latin American left or traditional social democracy.

As in Chile, the social movements have created the conditions for change, not just electoral programs and communicative slogans. Precisely because Russia and China are also on the move on this continent, German and European social democracy should see in Petro and Boric allies that are needed in the face of the changing times. 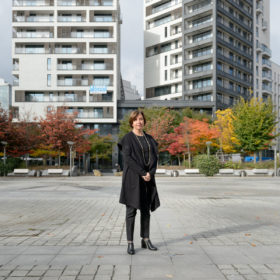