Solidarity with Mexico against the aggressions of the United States Government

1 – The Progressive Alliance expresses its concern about the policies undertaken by the current US administration against Mexico, as they infringe the democratic values, the international law and the multilateralism.

2 – The socialist, social democrat and labor socialist leaders meeting in Berlin, reject the construction of a wall on the border of Mexico and the United States and we will carry out multiple actions to demand that this threat of the US government will not happen.

3 – The organizations and parties of the Progressive Alliance reject the xenophobic and discriminatory policies against Mexican and other migrant workers, as well as to their families residing in the United States of America, and we demand the respect for their human rights, in accordance with all the international agreements.

4 – The Progressive Alliance expresses its solidarity with the Mexican people, condemns the construction of the wall on the border between the United States and Mexico and urges governments, legislators and actors from all social and economic fields of both nations to make use of all dialogue mechanisms to resolve the existing differences in a framework of mutual respect and collaboration

Resolution of the Progressive Alliance 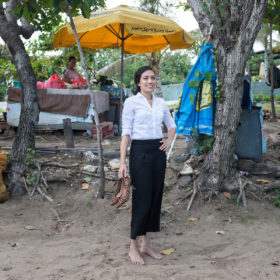