On International Women’s Day, let us #PressforProgress: Care work as a task for all of society

Every society and every person needs care work. It is what makes life possible in the first place. Care work, both for oneself and for others, can encompass many different sectors: caregiving, education, child rearing, and in many regions health, accommodation, the supply of water and electricity or the production of foodstuffs.

Care work is largely assigned to and performed by women. This unequal distribution is one of the main causes of gender inequality, both in the labour market and in business and industry. In some countries, the percentage of women in gainful employment is increasing and discrimination in education and in the workplace has been reduced. But the double task of gainful employment and care overburdens women in particular. Care work is unequally distributed among women and men, not viewed as a task for all of society and very often not thought of as being a viable sector of the economy. While no community or economy can exist without care work, the official economy does not take care work into account. It remains an invisible resource in the private sphere.

On top of this, “Care migration”, a special form of international division of labour that contributes to the redistribution of care work mostly among women from different regions and social origin, is an important aspect of the global care crisis. The ILO estimates that there are approximately one hundred million domestic servants worldwide, many of them illegally employed, badly paid and socially isolated.

We cannot look at this phenomenon without acknowledging the gender dimension. Labour migration is becoming increasingly feminized, 48% of all international migrants are women. Among female migrant workers, household-service workers constitute one of the largest and most-vulnerable groups. Many of them have children of their own and parents in need of assistance at home. In addition, a lot of care work is located in the informal economy, where there is a lack of protection for workers – be it access to a living wage, maternity or paid leave, or pensions.

In addition to these specific measures to improve the lives of many care workers, viable models of progress must support gender equality and promote the fair sharing of care work across genders. A one-dimensional concept of the economy destroys the social foundations of our societies. We do not just need tangible social policies but a fundamental change in perspective, too. How can this work be fairly distributed? How can it gain more recognition, be upgraded and better organised? How can it be taken into account in economic and social indicators and made more “visible”? By asking these questions, care work becomes the starting point for a gender equal sustainable economy.

Progressive, social democratic and socialist parties together with the global women’s movement must therefore bring out the legal and social struggle for equal rights and opportunities. This continuously demands our attention. That is why gender equality in general and more specifically in relation to decent work in which care work is fairly distributed across genders has to be a priority on the political agenda. We as progressives commit ourselves to this cause!

The empowerment of women and the struggle for equal rights, participation and opportunities is a core task of social democracy and is at the heart of our movement and it is not limited by territorial, religious and socio-cultural borders. 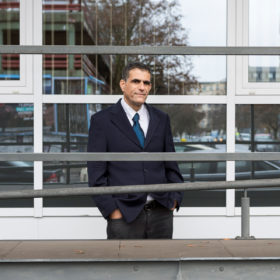