We call for an end to the political persecution.

We stand in solidarity with the opposition in Paraguay and our member, Partido Pais Solidario. We call for an end to the political persecution.

Efraín Alegre, former candidate for president in the 2018 elections in Paraguay, has been detained since January 28th and is serving preventive detention based on a denouncement forged by the colorado party in order to politically persecute one of the leaders of the opposition.

Member of the Liberal Party (PLRA), Efraín Alegre faces a legal process flawed with irregularities in which he is accused of an alleged crime of producing an inauthentic document, related to an accounting of activities of the last campaign, which under paraguayan law, it is not the responsibility of a presidential candidate.

The practice of successive Colorado governments is demonstrated once again: the instrumentalization of justice to politically persecute and criminalize political, social and peasant leaders.

The corruption that prevails in the judiciary shows the real absence of a division of powers in the Paraguayan State and the low levels of institutions that give rise to this type of maneuvering by those who hold the power.

From the Progressive Alliance we stand in solidarity with our comrades in Paraguay while denouncing political persecution and defending the cause of democracy and justice in Paraguay and in the rest of the world. 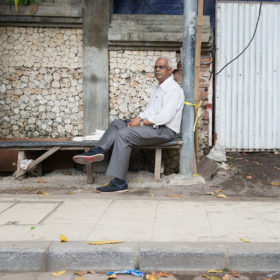