No to the electoral farce! 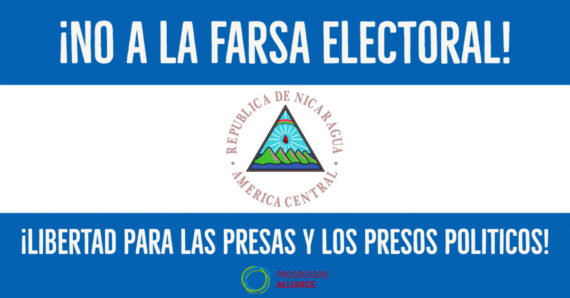 The Progressive Alliance considers the 7 November presidential elections in Nicaragua as illegitimate and condemns the electoral farce organised by the dictatorship of Daniel Ortega.

– Read the post-election analysis of Héctor Mairena, Secretary of International Relations of the Unamos party:

On Sunday 7 November, the main event of the electoral farce in Nicaragua took place. The citizens responded by emptying the streets and did not go to the polling stations. Independent citizen observation estimates the abstention rate at 81.5%.

Living through its greatest crisis and international isolation in the last 30 years, Ortega carried out the electoral farce, in an attempt to mock the international community and shore up his rule.

However, the rejection has not been long in coming as on Monday, 8 November, 39 countries, including the European Union and the United States, rejected the process and the so-called “elections”,

In a virulent statement on Monday 8 November, Ortega claimed that the European Parliament has “a fascist majority”, that European governments are colonialist and that “Yankee imperialism” is conspiring and threatening his government. In one of his most violent attacks of recent times, he called political prisoners “sons of bitches of Yankee imperialism”.

Since the approval of the repressive legal framework passed at the end of 2020, the electoral counter-reforms in May and the appointment of loyalists to the regime as members of the electoral council last May, followed by the stripping of the legal status of three political parties and the repressive escalation unleashed at the end of May, imprisoning a large part of the opposition political and social leadership, among them seven presidential pre-candidates, the Nicaraguan opposition and we as UNAMOS warned that the elections on 7 November were annihilated, reducing them to a mere formality.

Ortega has declared himself the winner and intends to stay in power for a fourth term, accompanied by his wife, and distributes seats among his own and satellite parties. He has allocated 75 seats for his party in the National Assembly (legislature), and distributed 15 among the satellite parties that lent themselves to the farce.

Ortega’s spokespersons have raised the possibility of calling for a “dialogue” in January 2022. The Ortega Murillos want to achieve the legitimacy they do not have in a tailor-made dialogue with their partners. Those who lend themselves to this other farce will only be playing into the hands of a spurious regime.

For the Nicaraguan democratic forces, a new stage of struggle is opening up against a regime whose totalitarian, criminal and fraudulent nature has been proven once again before the eyes of the world.

Nicaragua will be free! 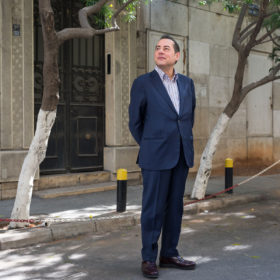