New Chilean President: Why Boric is an opportunity for Europe. By Conny Reuter, Progressive Alliance

Article published in Vorwärts on 18 March 2022

Gabriel Boric is the new Chilean president. The 36-year-old is part of a new generation that follows in the footsteps of Salvador Allende and also offers an opportunity for European social democracy.

For sailors, the Star of the South was the orientation for navigating the difficult waters in the southern hemisphere. In Latin America, the arrival of the new government of Gabriel Boric raises the question of what upheavals and transformations it can trigger not only in Chile but in all of Latin America.

From the far left to the centre

Last Friday, the newly elected president of the Chilean Senate and leader of PS Chile, Alvaro Elizalde, presented the new president with the presidential sash. This was not only an event provided for by the constitution, but, like many things on that day, had a symbolic character; after all, the PS Chile had entered the election campaign with its own candidate and had only joined the informal coalition around Boric in the last weeks before the second election campaign.

Immediately after the result of the second round was clearly in Boric’s favour, the PS issued a statement welcoming the result and offering support, which was gladly accepted. Thus, the PS is well represented in the key positions of the new cabinet: Antonia Urrejola (Foreign Affairs), Maya Fernandez Allende (Defence), Carlos Montes (Budget), Mario Marcel (Urbanism and Housing).

Boric’s candidacy was originally supported by left parties such as Revolución Democratica, Convergencia Social, Frente Amplio as well as the CP. From initial very left positions, Boric moved towards the centre-left during the election campaign and clearly distanced himself from authoritarian and anti-democratic figures such as President Nicolás Maduro in Venezuela and Daniel Ortega in Nicaragua. In contrast, by the way, to Lula, the former Brazilian president, who will presumably run again in the presidential election due there in autumn.

A symbolic bow to Allende

The forces and people carrying Boric represent a new generation, familiar from the student movement and active in the social movements, not only since the mass demonstrations in October 2019. Highly motivated, well educated, connected to the social movements, determined to change Chile and break with neo-liberalism; and of an impressive cordiality, this is how the inner circle and circle of friends around Gabriel Boric appears.

Symbolic, apart from the diplomatic and protocol appearances in Valparaiso, seat of the Chilean Senate, was his entry into the presidential palace La Moneda on 11 March. On arrival in Santiago, Boric boarded the open Cadillac in which Salvador Allende drove through Santiago after winning the election in 1971. After parading through a formation of honour, looking very Prussian in their uniforms and pimple caps, he made an unprotocol turn and walked towards the statue of Salvador Allende to bow before it. A goosebump moment!

He gave his first speech as the new president from a window on the second floor of the Moneda, that too in homage to Allende and with every Allende quote cheers and applause, not only from the older generation but from the younger generation ready to carry and support this president, Allende’s symbolic grandson.

In his speech, Boric makes clear where he wants to focus: a fair tax and income reform, integration of indigenous peoples, curbing crime and violence in public spaces, migration and climate. And, of course, a new constitution. He also underlined the importance of the unity of the Latin American continent.

By the following day, the Luna de Miel (Honeymoon) had already ended and the rifts in the divided Chilean society were palpable. The right, especially the ultra-right around the loser Kast, will make as little compromise as the oligarchs, who believe that the country, its water and its raw materials, belong to them. It will be important, on the one hand, to forge alliances despite the lack of a parliamentary majority and a formal coalition, and on the other hand, to remain connected to the social movements and to channel the high expectations and prevent frustrations.

That is why Boric appealed to the “we”, to the cohesion of Chileans. That is why the new government will embark on an offensive communication policy, not only for the capital, but for the whole country from the Peruvian border in the north to Patagonia in the south.

The parties supporting it are not very institutionalised and have little experience in government, which was an advantage in the election campaign in order to credibly advocate change. But it will not work without apparatuses, which is why there is a risk of weakening in the “bleeding out” of these parties, which is linked to the transfer of leading actors into government and into official posts and functions at national and regional level.

Social democracy in Germany and Europe must seek dialogue and become more involved in Latin America, also for geopolitical reasons. After all, the new star of the South could form a progressive triangle with Petro in Colombia and Lula in Brazil, on a continent whose global importance is far too often underestimated in our country. 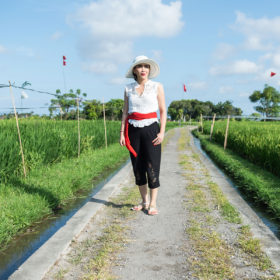