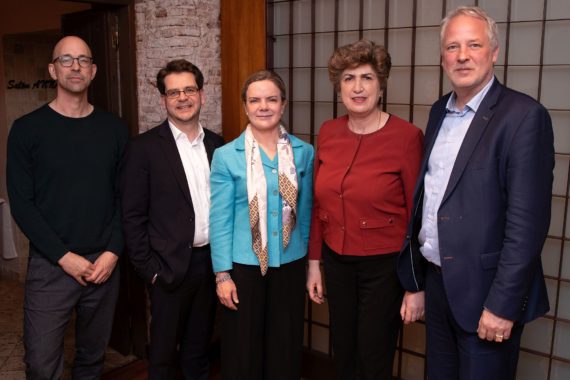 We are living in a time of deep transformation: the working environment is changing everywhere and therefore societies are changing as well. Digitisation has raised hopes and fuelled fears at the same time. Because robots do not sleep, they never get sick – and they do not pay taxes. However, life and actions of a community are being financed through human work. This is only one example of the challenges we are facing in times of digitisation.

Having started last year at the Progressive Alliance conference in Georgia, we will now have a series of discussions about how we will be able to shape these huge upheavals caused by the digital revolution in a social and fair way worldwide. These debates shall contribute to a comprehensive positioning of the Progressive Alliance which will be presented at the end of this year.

Following the kick-off meeting in Tbilisi in September 2018, the Working Group on Digital Capitalism met in Madrid on 23 February. Members of the working group include Thorben Albrecht (Federal Manager of the SPD), Gleisi Hoffmann (President of the Workers’ Party of Brazil (PT)), Maria João Rodrigues (Vice-President of the S+D Group in the European Parliament, President of the FEPS), Sergei Stanishev (President of the Party of European Socialists (PES), Jochen Steinhilber (Friedrich Ebert  Foundation), Manish Tewari (Speaker of the Indian National Congress) and Konstantin Woinoff (PA Coordinator).

The working group developed a first outline of the report, which you can read here.