Karpal Singh, the DAP national chairman, was found guilty by the High Court on the 22nd of February 2014 of uttering seditious words against the Sultan of Perak at the height of the state's constitutional crisis. 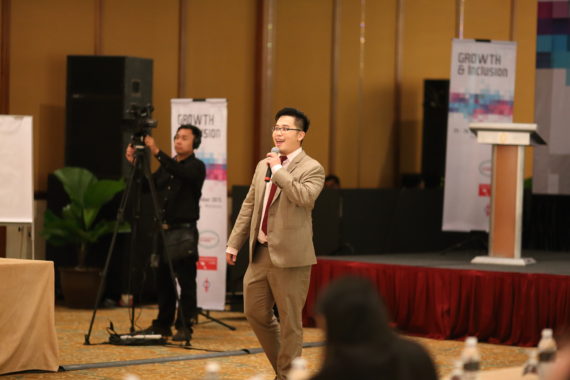 1) Human rights, democracy and freedom of speech are the major casualties in the sedition conviction of Karpal Singh:  how can you explain this persecution after Prime Minister Datuk Seri Najib Razak promised democratic reforms?

Howard Lee, Executive Secretary to Bureau of International Affairs: Persecution has been the primary tool used by the PM’s government and power players within his party, since our nation’ independence to silent and intimidate dissenters as well as to plant seeds of fear in others who sympathise their cause.

Though the PM reneging on a promise is but a commonality in the Malaysian political consciousness, this has been a heavy price to pay for a sickening reminder of how far Malaysia is from a functioning democracy.

Malaysia maybe seen and judged by the unknown foreign eye to be, albeit minimalistic, but nonetheless a slowly maturing democracy. But for those in the know and Malaysians we are for all intents and purposes an ‘electoral autocracy’.

It is just ironic that the PM’s election slogan for the last election was ‘promises fulfilled’.

2) The United Nations principles provide that people have the right to freedom of opinion and expression: what is the actual situation on this point in Malaysia?

H. L.: Freedom of speech is a controlled commodity and only permitted for supporters of the government. If you’re Barisan Nasional politician or activist, you have all the freedom to make the most racist of remarks, and carry out the most seditious of acts. For the rest of us, we are forced to tell ourselves a sickening joke that Malaysians have grown to be desensitised from; that in Malaysia We definitely have freedom of Speech; but one must be prepared that many LOSE their freedom after that free speech.

H.L.: It is like a vestigial feature of our nation that has been purposely kept from evolving. It is the one piece of legislation that opens up the sinister underground corridors of power;

these dark tunnels that allow the executive to roam freely in influencing and controlling the judiciary and the legislature. Thereby, this law of the dark ages is main instrument to keeps our nation from true separations of power. The case that Karpal was commenting on is a perfect example of the impact of the Sedition Act.

Rather than it being a system to uphold justice, its rendered to become an instrument to contrive, control and coerce Malaysian for the benefit of Barisan Nasional.

4) Under the Federal Constitution, an elected representative is disqualified from office if fined more than RM 2,000 or jailed more than one year:  This conviction may end up having Karpal Singh disqualified as a member of parliament- What would be the consequences for the DAP in this case?

H.L.: In fact with the sentence of a RM4000 fine, the impact is much further reaching. The best case scenario would be that Karpal’s appeals overturns the convictio before nomination day of the next general elections speculated to be held in 2018. This is highly unlikely.

The worst case scenario is that Karpal who is a wheelchair bound 70 year old be imprisoned with the disqualifications to contest and hold office still standing. Our party chairman will be unable to contest in next general elections.

The most likely scenario would be that the appeals would be dragged out beyond this electoral cycle. This would prevent the ruling regime from taking further hits on their popularity rating but maintain their ploy to prevent Karpal from being in parliament next election.

Karpal’s case is the second of at least 5 other parliamentarians who have pending trumped up court cases, with one of them being our shadow prime minister and opposition leader Anwar Ibrahim.

As Karpal said himself, ‘without me, DAP has many many more galvanised Karpals to keep on fighting.’ Though a heavy price to pay, Karpal’s leadership as chairman has shaped DAP into a party that is beyond any individual.

DAP started off as a group of people with a set of ideals. It has grown to become a machinery that cultivates the furtherance of those ideals. Karpal’s conviction and persecution can only galvanise that machinery. 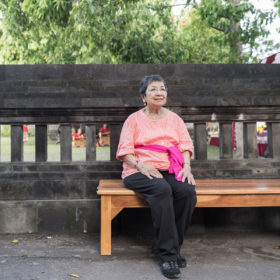