For the parliamentary elections in India 814 million voters are asked to make their choice. 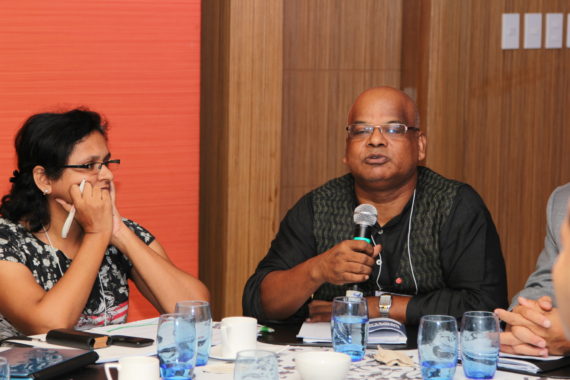 1) Do you think that India has a chance to have a stable government in view of the coalition structures?

Dr. Dusmanta Kumar Giri: Yes, it will have a stable government made out of a coalition.  The domination of single large parties is on decline.   Since 1977 India has been experiencing coalition governments.  Until 1999, they were not stable.  The Indian National Congress run by a family kept bouncing back. But from 1999 onwards coalition politics has been stable and come to stay.  In 1999, the Bharatiya Janata Party formed National Democratic Alliance (NDA) consisting of 19 political parties.  The Government formed by NDA lasted the full term of five years. The United Programme Alliance (UPA) led by Congress Party consisted of 22 parties.  That provided a stable government from 1999-2004.  The UPA II consisted of nine parties and lasted the full term 2004-2009.  Indian voters do not support any parties or politicians who could not provide stable government.  The parties are also wary of mid-term elections as they are expensive, and waste of massive resources – human and material.

2) What impact does the issue of fighting corruption have on the election campaigns of participating parties?

Dr. Giri: Corruption is clear divider between traditional parties and the new-age political parties.  The old parties formed before 2004 are all defensive on the issue of corruption, the new parties are aggressively attacking them.  Congress party is the biggest target as the most corrupt party in the country.  This is because congress has remained longest in power.  In the last government, the prime minister became too weak as the real powers lay in Sonia Gandhi.  Hence, the Government Ministers went out of control and consequently, corruption increased.

3) India is benefiting of a significant economic rise. How does that affect people’s chances to find decent work?

Dr. Giri: Economic growth has benefitted decent work.  In fact, in India, getting work itself is an issue.  Government of India generated work for everyone for at least 100 days in a year through schemes like MNREGA-Mahatma Gandhi National Rural Employment Guarantee Act.  The working conditions need to improve, wages have to rise, but generating jobs is the first step.  This is happening.

4) The Progressive Alliance is deeply convinced that social protection should be a human right for all. Do you see chances for significant progress in India?