Stay informed Subscribe here
one for all - all for one

We Stand Together to Defend Democracy and Freedom

The terror attacks in Paris were directed against all of us!

The Progressive Alliance ensures its strong solidarity with the French people as well as with the Lebanese in their fight against terrorism which recently attacked the Lebanese people in the southern suburb of Beirut taking away the lives of many innocents.

We also condemn and deplore the attack that took place on the Russian aircraft in Sharm El Sheikh in Egypt. Moreover, we express our great sorrow for all the victims who were murdered in the latest terrorist attack that took place in Turkey as well as the barbaric terror imposed by Al Qaida in West Africa also known as Boko Haram in Nigeria, Cameroon, Tchad and Niger.

This struggle against terrorism, extremism, and radicalism, is a long path that we as a Progressive Alliance have to go through in order to build better societies where the values of Social Democracy are prevailing. Coherent work and real cooperation on all levels are essentials to achieve our common goals in building societies where the progressive and democratic norms and values are wide-spread and well implemented.

As democrats, social democrats and socialists we stand together and we will defend democracy and freedom. Hatred, violence and fear must not have any place.

We Stand Together (PDF) 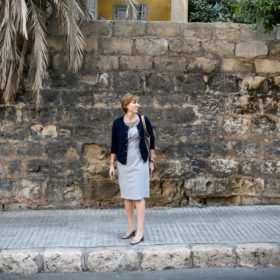