On February 5, 2017, Mexico City’s first Political Constitution was enacted. This Constitution is considered to be among the most advanced in Latin America and the world. It includes an extensive and solid Human Rights Charter. The substantial language of equality and equality mainstreaming are the essence of the whole text: women’s rights to decide about their sexuality and their bodies is ensured (the right to interrupt pregnancy); sexual diversity and egalitarian marriage are recognized; and the right to a healthy environment and a Safe City is established. Furthermore, citizen participation is maximized through legal measures such as referendum, plebiscite and revocation of mandate. In addition, the Judiciary Branch was reformed in order to break the chains of corruption that have characterized it.

Against these advances, the PRI, the conservative party in power, is attempting to dismantle this progressive Constitution since its interests and ideology are affected. The PRI has just filed a constitutional claim in an attempt to invalidate what has been achieved in the field of rights and freedoms. The Presidential Office of Legal Affairs (Consejería Jurídica de la Presidencia), the Mexican Attorney General’s Office (Procuraduría General de la República), the Mexico City Supreme Court of Justice (Tribunal Superior de Justicia de la Ciudad de México), among other conservative forces are against this progressive Constitution in Mexico City, where a left-leaning administration has ruled over the past twenty years.

In view of this assault by the Mexican right wing, Citizens´ Movement and the Democratic Revolution Party of Mexico call upon Progressive Alliance to request for their solidarity and condemn this attack not only against the Mexico City Constitution, but also against the rights and freedoms gained by the inhabitants of the capital city of the Mexican Republic. 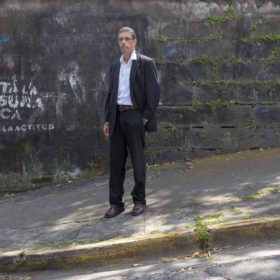