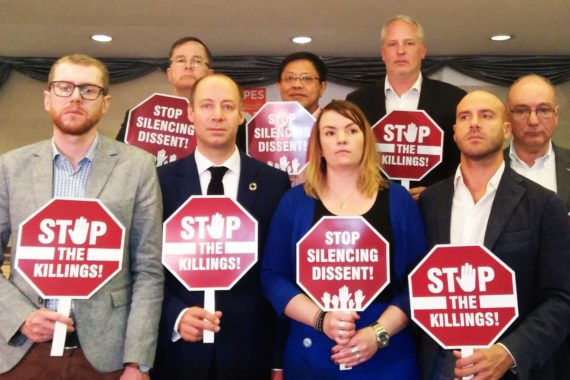 This is the statement of a seven-member delegation of the
Progressive Alliance (PA) and the Party of European Socialists (PES)
that have visited Manila this week to assess the situation and to
demonstrate solidarity in support for democracy in the Philippines.
The delegation was hosted by Akbayan Party, a member of
Progressive Alliance.

We, the 7-member human rights mission of Progressive Alliance (PA)
and the Party of European Socialists (PES), are extremely alarmed at
the mounting number of killings under President Rodrigo Duterte’s
campaign against illegal drugs.

The killings of persons accused, without evidence or trial, of
involvement in the drug trade continue unabated even in recent days.
Yet the Philippines government continues to deny it to the
international community.

The government’s campaign is marred with gross human rights
violations that we fear are encouraged by the President himself in his
public speeches. The killings have preyed on the most vulnerable: the
youth and the poor.

We are equally alarmed at the aggressive efforts being undertaken by
government to silence dissent of those who stand bravely against the
lawless killings. We vehemently condemn the mounting cases of
political persecution of the critics of President Duterte’s notorious
campaign.

The absurd cases against Akbayan Senator Risa Hontiveros, a vocal
critic of Duterte’s deadly anti-drugs operations, is just the latest
example of the government’s systematic silencing of dissent in this
country.

Such trumped up charges follow similar misogynistic attacks to
women critics of the government: from the unjust imprisonment of
Senator Leila De Lima, highly regarded legal expert and former justice
secretary, on preposterous charges, to the various threats being
thrown at the women leaders of both the Supreme Court and the
Office of the Ombudsman.

The Catholic Church also becomes a subject of persecution, as it
stands by the people, especially the poor who are heavily victimized
by the rampant killings.

If the Philippine government is to remain committed to democracy, it
should cease all politically-motivated harassment against the peaceful
political opposition.

The responsibility falls squarely on President Duterte. If Duterte
continues on his bloody campaign against drugs and its aggressive
political persecution, he will be responsible in straining trading
relationships with the international community, especially in light of
the upcoming review of Generalized Scheme of Preferences (GSP+), a
special trading instrument that allows around 6,200 Philippine
products to enter the EU duty free. If the human rights standards are
not upheld, then there may be consequences in the Philippines’
inclusion in this special trading instrument of the EU.

We therefore reiterate our calls for this government to work for the
immediate end of the killings, and to let the UN investigate without
compromising conditions. The government must hold accountable
police officers guilty of using excessive force in so-called “one-time
big-time” operations and address the drug problem with a human
rights lens and health-based approach.

We also call on the government to cease its hostile attempts at
silencing anyone who dares stand up against the government’s drug
war. The voice of the people must never be silenced!

We, in the Progressive Alliance and the Party of European Socialists, are committed to closely monitor the situation. For democracy and human rights, the international community unites! 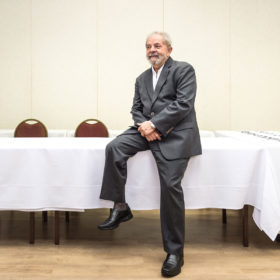