Progressive Alliance: Trump‘s Jerusalem decision is irresponsible and a danger for peace

© By Wayne McLean (Jgritz) (Own work) via Wikimedia Commons

One thing is clear for us: we will not recognise any change of the borders which existed before 1967 that is not agreed between Israelis and Palestinians.

We have not seen any progress to find a solution to the conflict for quite some time. What we observe instead is the continuation of the Israeli building of settlements in clear violation ofinternational law which makes a solution of the conflict all the more difficult.

In view of these developments we will step up our efforts as progressive, socialist and socialdemocratic forces worldwide to promote the peace process between Israelis and Palestinians. 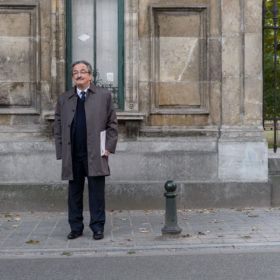