The Progressive Alliance expresses its deep concern about the serious social and political crisis that Venezuela is experiencing as a consequence of the economic collapse and the dismantling of democratic rights.

Despite this situation, the government and the opposition of Venezuela have so far been unable to find a political solution to lead the country out of this state of stagnation.

In line with previous resolutions, we are convinced that only a serious political dialogue can lead to viable compromises conducive to the wellbeing of the Venezuelan people; we consider international sanctions against Venezuela to be the wrong path and we categorically reject any military intervention.

We welcome the first meeting of the International Contact Group convened by the Government of Uruguay and the European Union that will take place in Montevideo on 7 February. The meeting will bring together more than twelve countries from Europe and Latin America and is aimed at setting the conditions to establish a new dialogue mechanism which shall include all political forces in Venezuela and contribute to bring back stability and peace to the Venezuelan people. This step is a response to the call of the UN Secretary General, António Guterres, to engage in a dialogue, as opposed to those who deny that such a possibility exists.

We call on all political forces in Venezuela to initiate a comprehensive debate without restrictions or censorship, under the recognition of the constitutional state powers, through a pluralistic dialogue process in which ALL political forces of the country are represented and not just those that represent the polarization which has caused so much damage.

This dialogue we want to promote must be genuine, which requires the good will of all parties involved and must allow for the free and fair expression of the sovereignty of the Venezuelan people, without intervention of any foreign power. The participation of all political forces in an upcoming election process would be a key step in that transition.

We call for the development, within the framework of dialogue between the government and the opposition, of a viable project for the economic and social recovery of the country based on the strengthening of democratic institutions.

On behalf of the Progressive Alliance, we urge the government and the opposition of Venezuela to initiate a dialogue and show their willingness to find a viable and lasting solution for their people.

On that path you can count on our full support. 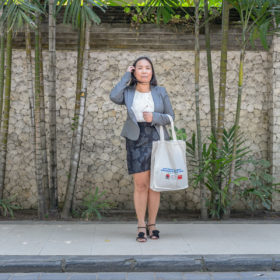