Against the restriction of civil and democratic freedoms in Brazil

As already expressed earlier in its 2018 resolution (“Against the threat to social democracy in Brazil”) the Progressive Alliance is deeply concerned about the political developments in Brazil following the election of far-right politician Jair Bolsanaro as president.

The democratically elected president Dilma Rousseff was removed from office in May 2016 with questionable justifications. This move has crushed the democratic normality that had been reintroduced into Brazil by the 1988 constitution. It has ended a period of change that brought about broader social participation in the political process and a decrease in social and economic inequality.  Acting without democratic legitimacy, the ensuing government, headed by former Vice-President Michel Temer, passed a number of reforms which resulted in massive social and economic regression.

The intrigues surrounding the prosecution of former President Lula without any proof of personal guilt on his part were recently revealed by the publication of hacked chat messages between the public prosecutor and the responsible judge. Lula’s conviction is the preliminary climax of an attack on the rule of law and Brazilian democracy, because Lula was prevented in this way from taking part in elections. According to opinion polls he was clearly leading at the time. The corruption scandal being pursued by the “Lava Jato” task force was instrumentalised politically to prevent a new government headed by the Workers’ Party (PT).

It was in this context of violation of democratic standards and huge dissemination of fake news and hate discourses that Jair Bolsonaro, a retired military captain who represents the extreme right and defends the military dictatorship, was elected president. The discourse held by the president not only legitimated his support for the use of violence against opponents, it also strengthened structural racism, prejudice and all forms of intolerance.

The new government is striking out at the institutes of a pluralistic and modern democracy established over the past three decades.  With reference to Brazil, the High Commissioner for Human Rights and former president of Chile recently raised concerns over “a shrinking of civil and democratic space”, the existence of a “public discourse legitimising summary executions” and entrenching of impunity.

Implementation of strict austerity measures, a wave of unquestioned privatisation measures and the reform of laws governing pensions have deepened economic recession and aggravated poverty, as well as compromising the state’s ability to promote the country’s continued development. As in other countries, there are signs of neoliberal concepts failing once again.

The imminent repeated reform of labour laws is also geared towards this concept. It is leading to considerable undermining of workers’ rights and guarantees, as well as insecurity of the labour market, and is obviously intended to weaken the trade unions.

Brazil is experiencing rapid reversal of the social achievements gained over the past two decades as well as a dismantling of its institutional control mechanisms. In this way, the country’s democratic foundations are being eroded, while at the same time destruction of the Amazon rainforest and other natural habitats, along with their indigenous populations, is accelerating. 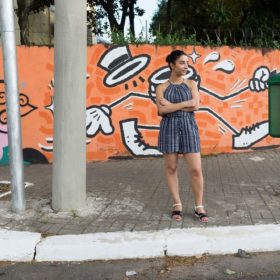