First published by The Guardian on 9 May 2020

The great recession was followed by Brexit, the election of Donald Trump and the rise of authoritarianism particularly in Europe.

In Australia we are witnessing confronting numbers. There has never been a credible economic forecast for Australia this catastrophic.

The Grattan Institute estimates between 14% and 26% of the Australian workforce – 1.9 million to 3.4 million people – will be out of work by year’s end.

Even if those numbers are inflated, it’s the type of catastrophe Australia avoided in the global financial crisis, but one which the rest of the developed world experienced painfully and destructively just over a decade ago.

In those countries, prolonged high unemployment went on for years.

Sadly, we have not learned the most important lesson of the great recession.

After the initial stimulus of 2008 and 2009 most advanced countries too quickly flicked the switch to austerity and then experienced half-a-dozen years of high and prolonged unemployment.

Exhibits A and B are the United States and Great Britain.

The lessons of the great depression were also ignored.

The accompanying skill and capital destruction leaves lasting scars on economies and in political systems – 1929 was followed by 1939.

There is no silver lining in events like these and for us in 2020 the worst economic news is yet to come.

Globally we are facing the biggest drop in consumption since the great depression. Even prior to Covid-19 consumption in Australia was already weak.

Yet we hear the echoes of the failed neoliberal policies that led to the great recession: tax cuts for the powerful, deregulation and wage suppression for working people.

Australia’s unparalleled performance during the great recession taught us that the shape, size and length of stimulus is critical.

It seems to me that despite being only four months into this crisis, globally and nationally we are slipping back into over-optimism about the economy and over-pessimism about debt. The same thinking that followed the GFC and unnecessarily prolonged the economic pain.

Because of the significant trail of fiscal stimulus in Australia through 2010 and 2011, Australia’s growth was the best in the world in the years following the crisis.

Even during this world-beating performance growth in consumption was weak.

The then Reserve Bank governor Glenn Stevens talked incessantly about the cautious consumer, highlighting conservative household behaviour and the rise in the savings rate over the years following the crisis.

Interestingly the ABS this week reports that of the persons who received the first $750 economic support payment from the commonwealth government as of last week 53% said the payment was mainly added to savings.

Is this a pointer of what is to come? A lack of confidence undermining the weapons to blast away double-digit unemployment with consumers saving not spending, and fellow workers losing their jobs.

As household consumption drives some 60% of the economy we may well experience a “fearful consumer” perhaps even less willing to spend than they were post-GFC.

Confidence can only come if the government demonstrates a plan to avoid an extra million unemployed.

Already there is a gaping hole opening up in our pandemic response.

Having insisted until the very last possible moment that they would not spend to support the economy even as Covid-19 was bearing down on Australia, we can count ourselves fortunate the Morrison government swerved at the last minute and announced jobkeeper and jobseeker.

But in the relief (including mine) that greeted this intervention, we also missed something. Actually, what the government has done to date is more comparable to the bailouts provided in the US and Europe during the GFC – money overwhelmingly provided to businesses, with greater or lesser conditions on keeping workers employed.

Bailouts are about cushioning the fall. But after the fall, someone needs to pull the economy out of the hole.

Morrison has made it very clear he’s not up for that. His rhetoric is all about “snap back”. The economy magically snaps back to life, and the budget snaps back to austerity.

The government’s $130bn jobkeeper and jobseeker life-support bailout initiatives expire in September and they have made it abundantly clear they have no intention of providing a pipeline of traditional medium-term stimulus.

So as this fiscal cliff approaches in September it’s easy to imagine that some consumers will begin to suffer existential fear, driven by rising unemployment the likes of which no one in this country has experienced.

With the government only prepared to spend on bailouts, not traditional stimulus, a V-shaped recovery will be a pipedream and a bathtub-shaped recovery much more likely.

Snap back will revert to tired and wishful trickle-down of corporate tax cuts and industrial deregulation.

Wages account for three-quarters of gross household incomes. The best way to support consumption is to get people back to work.

Our urgent goal must be to navigate our way through next year without a lasting recession.

Quite simply, the government, working with the private sector, is going to have to play a much greater role in job creation and support.

Australia should embrace fiscal policy, that is demand management, as the first means of eliminating spare capacity and achieving full employment.

Doing so would lift immediate consumption and investment in physical and human capital, raising the productive base of the economy through investment in infrastructure and other job creating community projects.

This is not a recipe simply to expand the expenditure side of the budget, it is entirely consistent with budget repair, especially if it focuses on restoring fairness and efficiency to the tax and expenditure systems.

We entered this crisis with the highest level of under-employment in our history and now we are told that working hours have collapsed by 20%.

We will now have a huge pool of unemployed and under-employed workers that will further weaken the bargaining power of labour and undermine wages.

As a nation we must prepare a plan for full employment.

Winning the war against Covid-19 is not enough. As John Edwards has observed we must not lose the peace. 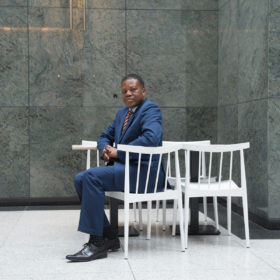