The Party of European Socialists stands behind the resolution adopted today by the European Parliament demanding the liberation of Selahattin Demirtaş – a Kurdish opposition leader who has been held in prison in Turkey since 2016. Demirtas is the former co-chair of the PES-associate pro-Kurdish party HDP (People’s Democratic Party).

“We demand the immediate liberation of Selahattin Demirtaş, who has already been acquitted by a Turkish court and is being kept in prison illegally for a crime of opinion. We demand his liberation in the name of the European Parliament, of the Council of Europe and the Turkish constitution.

“The crackdown on the democratic opposition is a deliberate strategy from President Erdogan to silence political dissent. It is unacceptable to arrest democratically elected representatives based on falsehoods and deliberate misinterpretations of the law. Our political family will continue to support the political opposition in Turkey – HDP and CHP – as we have done throughout Erdogan’s time in power.”

On 22 December 2020, the Grand Chamber of the European Court of Human Rights ruled that Demirtaş should be immediately and unconditionally release. The Court is an organ of the Council of Europe, of which Turkey is a member.

The Party of European Socialists has been calling for the immediate release of Demirtaş since he was unlawfully detained five years ago. Delegations from the PES visited Turkey to support the former HDP leader during his court trial in 2017, at an opposition meeting in Ankara in 2018, when visiting the Kurdish regions in Turkey in 2019, and again during a trail in 2020.  The Turkish government is still keeping Selahattin Demirtaş in jail, constantly creating new charges against him.

In 2021 the European socialists and democrats will keep on fighting for the freedom of Demirtaş and all unlawfully imprisoned opposition members in Turkey. 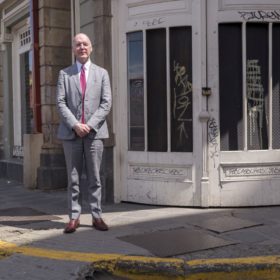