Statement on the Situation in Brazil – Progressive Alliance of the Americas 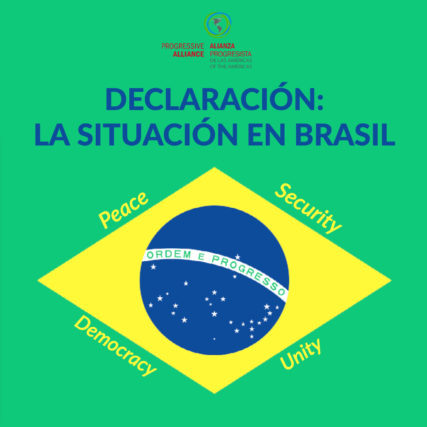 The political parties, foundations and progressive organizations members of the Progressive Alliance of the Americas express our most energetic repudiation and condemnation of acts of violence against the powers of the State and democracy in Brazil.

The assault of former President Bolsonaro’s followers on Brazil’s seat of public power and its democratic institutions is of unusual gravity and is nothing more than a coup plot.

All our solidarity and support to the Government headed by Luiz Inacio “Lula” Da Silva and to the people of Brazil, as well as to the institutions that were freely and democratically elected by the Brazilian people.

That is why we clearly speak out in favor of the defense of democracy in Brazil, as well as for the democratically elected government.