Progressive Alliance Seminar in the USA 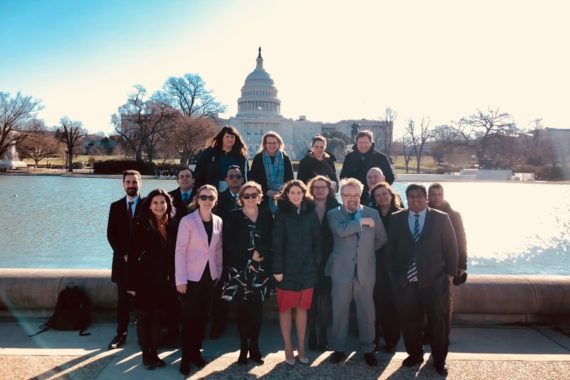 Ahead of the U.S. 2018 mid-term elections and during the DNC National Meeting, the Progressive Alliance, the Party of European Socialists and the Friedrich-Ebert-Stiftung together with partners in the U.S. organized a joint Progressive Campaign Seminar.

The main focal point of the seminar was to organize an exchange of views with our US American partners on a common progressive agenda in view of the threats posed by new global authoritarianism and populism. At the same time, the delegation, consisting of Members of Parliament, Progressive Party Officials and Campaign staff from all over the world, discussed strategies and techniques of progressive campaigns in view of the upcoming mid-term elections.

The delegation kicked off with a visit to Pennsylvania, one of the competitive states for the 2018 mid-term elections, to debate best practices. The delegation visited Philadelphia from March 5-6th for an exchange on campaigning and political messaging, as well as meetings with Pennsylvanian Democratic Party officials and campaign experts. Pennsylvania is particularly interesting as a keystone state with urban and rural aspects. The exchange on campaigning methods is considered a crucial task for our movement – because even the best party manifesto will not help us to advance if we do not win elections. On Wednesday March 7th the group continued to Baltimore to meet with civil rights activists from the Black Lives Matter movement.

Moving on to focus an exchange on our common progressive agenda to counter populism, the group took a series of meetings in Washington, D.C. from March 8-9th and on Capitol Hill spoke with Members of both chambers of the U.S. Congress, progressive civil society organizations, and campaign experts. In the wake of a rise of new populist and authoritarian movements, we need a global exchange among international progressives and our political friends in the US on strategies to counter these trends. Both, populism and a new authoritarianism, are worldwide on the rise and pose threats towards the global order and our progressive agenda of gender equality, fighting discrimination, promoting rights of minorities, tolerance, freedom of media, and social justice. As an international political movement, we must stand together and develop common answers and strategies to counter these threats. In this vain, the delegation had a particularly inspiring exchange with Senator Bernie Sanders from Vermont discussing a how to ensure that traditional party structures and new progressive movements are not exclusive of one another. The program concluded with a visit to the DNC National meeting on March 10th including an exchange with DNC Chair Tom Perez. 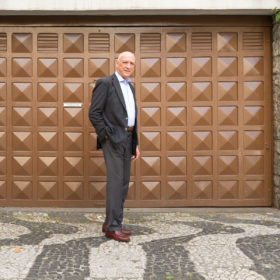